I'm a freelance writer and journalist based in Berlin. Between 2008 and 2020, I spent most of my time writing about motorsport, having worked at publications like Autocar India, Business Standard Motoring and OVERDRIVE. I served as OVERDRIVE's motorsport editor between April 2013 and July 2020. Some of my writing in OVERDRIVE impressed the Guild of Motoring Writers enough for them to award me the Peugeot Motorsport Cup in 2018 and 2019. I've also written motorsport stories for publications like AUTOhebdo and The Road Rat. 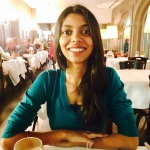